A growing body of recent evidence highlights population declines in insects and other invertebrates at global scales, the consequences of which are potentially catastrophic. Kent Wildlife Trust’s Bugs Matter Survey points to similar results with 50% fewer insects recorded in Kent since 2004. Insects are a critical component of ecosystems and animal life is at risk. Without them, life on earth would simply collapse.

Kent Wildlife Trust is running a Heritage Lottery funded project, ‘Bugs Matter’, which aims to develop better understanding of what is happening in our environment, and how to measure landscape-scale outcomes of conservation work.

One aim of the project is to measure ecosystem function – the resources and services provided by animals, plants, and the environment, and the way they interact with each other and benefit society.

The project used an innovative insect sampling method conducted by members of the public to assess the difference in insect abundance in Kent, South East England at two points in a 15 year timeframe. The technique was first trialed by the Royal Society for the Protection of Birds (RSPB).

Dr Paul Tinsley-Marshall, Conservation Evidence Manager at Kent Wildlife Trust said: “The methodology is based  on the ‘windscreen phenomenon’, a term given to the observation that people tend to find fewer insects squashed on the windscreens of their cars now, compared to several decades ago. This effect has been ascribed to major global declines in insect abundance.”

Using a standardised sampling grid termed a ‘splatometer’, members of the public were asked to record the number of insects squashed on their car registration plate.

The key finding of the study is that there were 50% fewer insects squashed on car number plates in 2019 than in 2004. A national survey of this type was led by the RSPB in 2004.  By repeating the survey in Kent in 2019, Kent Wildlife Trust was able to compare the abundance of insects between these points in time. Kent Wildlife Trust found a significant difference in ‘splat density’ of approximately 50%, from an average of 0.2 splats per mile to 0.1 splats per mile.

The difference Kent Wildlife Trust has observed mirrors patterns of decline widely reported by others[3]. However, more data over a number of years will be required to confirm the direction of any trend as this study is based on observations from two points in time it does not constitute a decline in itself.

Dr Tinsley-Marshall said: “Through projects like Bugs Matter, Wild about Gardens, Bee Roads and Roadside Nature Reserves, we work together to collate data, understand the causes of insect loss, halt and reverse them, and secure a sustainable future for insect life and for ourselves.”

The Wildlife Trusts around the UK are calling for Action for Insects to reverse the decline. The public need to take two simple actions in their homes or outside space that will make a difference. By reducing our use of pesticides where we live, work and farm, and creating more insect-friendly habitats in towns, cities and the countryside we can help stop the decline.

Kent Wildlife Trust is seeking more volunteers to take part in the survey in 2020 without whom we would not be able to understand what is happening to insects in our county.

You can get involved with the Bugs Matter survey 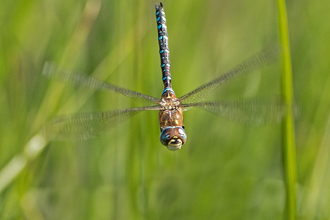 Insects underpin our natural world and their numbers can help us to better understand what is happening in our environment. 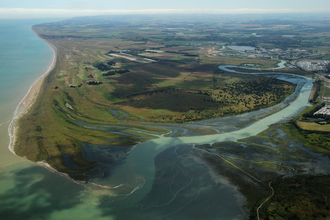