Kent Wildlife Trust has completed an exciting project at Dover Castle to restore the historic chalk grassland there and installed new signage to educate visitors on the importance of the grazing and the habitat that surrounds the ancient site.

Over the course of 2019 and 2020, Kent Wildlife Trust has been working in partnership with English Heritage, with funding from Kent Coastal Communities Revival Fund, on their ‘Dover on the Defensive’ project which aimed to conserve the ancient stonework and historic fortifications in the moat around Dover Castle, as well as restoring the species-rich historic chalk grassland that surrounds the area.

This project would not have been possible without the generous support of volunteers from the local community, who not only donated their time to practical tasks but also had the willingness to learn new skills and knowledge in conservation which, in turn, supported wider efforts to preserve wildlife in the Dover area.

Historically, the land surrounding the castle would have been chalk grassland, but over time this important habitat has disappeared under secondary woodland growth. Chalk grassland supports rich plant and insect life and many rare species. Sadly, chalk grassland is now incredibly rare, with 80% having been lost in the UK since the Second World War. This is mainly due to the use of herbicides and fertilisers which prevent chalk grassland species from growing.

Dover is well-known for its chalk grassland, with some 2.5% of the overall international resource found here. The ‘Dover on the Defensive’ project worked towards the restoration of chalk grassland to the historic slopes of Dover Castle, and in doing so restored vital habitat for wildflowers and the insects that rely on them. Hopefully, in the years to come, we will see the return of iconic species, such as the Adonis blue butterfly, early spider orchid, pyramidal orchid and other fragrant species.

While Kent Wildlife Trust had hoped to continue including the local community to help carry out this work during 2020 and onwards, the UK Government’s advice on the Covid-19 pandemic prevented the participation of volunteers during this time.

“This project has been an excellent opportunity to link our cultural history with our wildlife, restoring a landscape that would have been a common sight for our ancestors. It is such a shame that we have not been able to involve the community in this final stage of the project, but we are grateful for all their help prior to the pandemic and we hope everyone can appreciate the benefits over the coming years.” 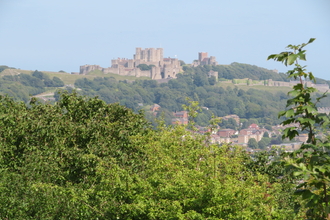 Dover on the Defensive

What is Dover on the Defensive?
With thanks to funding from the Kent Coastal Community Fund, Kent Wildlife Trust is delighted to… 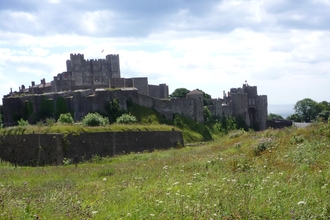 Kent Wildlife Trust has received £50,000 in funding to help restore natural habitats, insects and other wildlife around Dover Castle.… 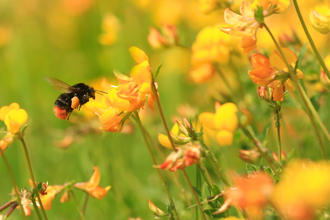 Kent Wildlife Trust has received £50,000 in funding to help restore natural habitats, insects and other wildlife around Dover Castle.…

An Essential Piece of the Lydden Temple Ewell Jigsaw

Kent Wildlife Trust is today launching an appeal to raise £78,000 to purchase and manage crucial extensions to its National Nature…