What is the proposal?

The London Resort is a theme park proposed on 216 hectares of land on the Swanscombe Peninsula in north Kent.

Kent Wildlife Trust is opposed to this development.

Home to a remarkable mosaic of grasslands, coastal habitats, brownfield features, scrub and wetlands, this proposed development poses a serious threat to wildlife. The theme park is expected to destroy 76 hectares of priority habitat which forms a vital part of the ecological network of the Thames Estuary. This loss would be equivalent to losing our entire Oare Marshes nature reserve!

What is Kent Wildlife Trust doing to protect wildlife on the Swanscombe Peninsula?

We believe the development will cause significant, permanent damage to nationally and internationally important wildlife and habitats. During a public consultation which ran until 21 September 2020, we raised serious concerns about this environmental damage. We are working with other local conservation organisations, including Buglife and RSPB, to safeguard this important site for wildlife which depends on it.

You can help by signing this petition by Buglife.

Where is the London Resort theme park proposed?

The Swanscombe Peninsula is located within the Borough of Dartford in north Kent. Whilst the bulk of development is focused on the peninsula, the development footprint extends further afield, extending down to the A2 and crossing the Thames to Tillbury, Essex. 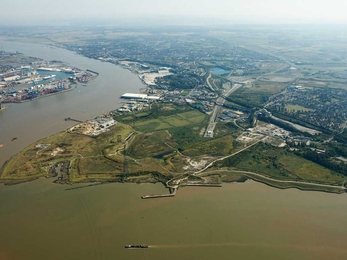 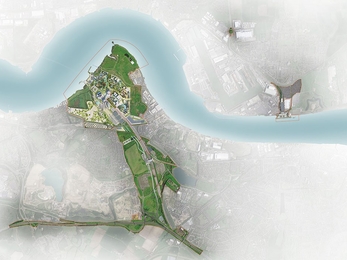 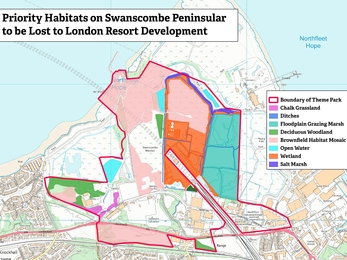 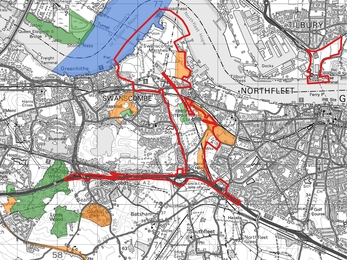 Why is this site important for wildlife?

1) It is nationally important for invertebrates

The historic use of the site has led to a unique mosaic of habitats that support over 250 species of rare or threatened invertebrates. As well as the sheer diversity of species, Swanscombe Peninsula is one of only two places in the whole of the UK which is home to the critically endangered Distinguished jumping spider (Attulus distinguendus).

Click here to learn more about the importance of brownfield sites for invertebrates.

2) It contains many threatened species and Priority Habitats

Due to its saltmarsh and grazing marsh habitats, the Swanscombe Peninsula is part of an essential suite of habitats within the corridor of the River Thames that provide additional habitat for the wintering birds found within internationally important wildlife sites. Disturbance and displacement as a result of increased noise and light pollution, as well as impacts to the water availability and quality, as key concerns for species such as lapwing.

These habitats, including coastal grazing marsh and open mosaic habitat on previously developed land, and are not strictly protected in the UK but are a key consideration within the planning system, so we must work on behalf of the wildlife that relies on these habitats to ensure that they are conserved and enhanced.

As well as the rich diversity of wintering birds and invertebrates, the site is home to threatened species such as water vole, otter, reptile and amphibian. Surveys have shown that the assemblages of these species on the Swanscombe Peninsula meet the criteria for Local Wildlife Site designation, yet due to their lack of formal designation, their future is at risk.

All of these features make the Swanscombe Peninsula valued not only by nature but by the local community too.

3) It is important to the ecological network

The Swanscombe Peninsula is also part of the Thames-side Green Corridors Biodiversity Opportunity Area which aims to “deliver more, bigger, better and connected habitats as part of a functioning ecological network which supports more resilient and diverse populations of important wildlife.” This essential ecological network within the Thames Estuary is gradually being degraded through development, causing habitat loss and fragmentation. Kent Wildlife Trust is working to ensure that the Swanscombe Peninsula is not another of these losses.

Due to the sensitive location of the main resort and its sprawling footprint, the development has the potential to impact a great number of protected wildlife sites. These sites include the Swanscombe Marine Conservation Zone, designated for its intertidal habitat and being home to the rare tentacle lagoon worm, internationally designated wetland sites which support a rich diversity of birds and Botany Marshes Local Wildlife Site which is designated for its reedbed and grazing marsh habitats which support water vole, otter, birds and reptiles. 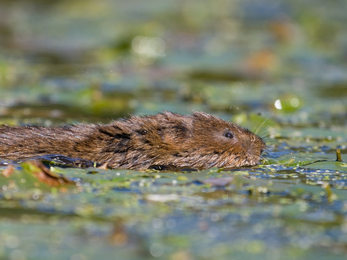 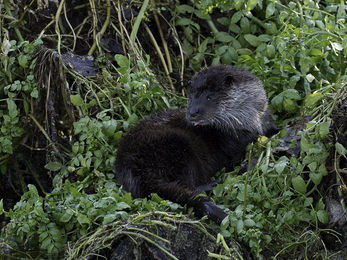 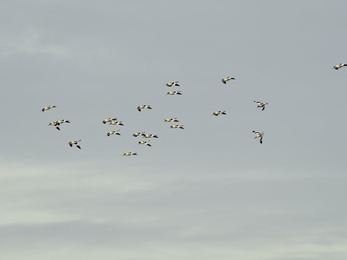 Why is this referred to as a brownfield site?

The Swanscombe Peninsula has been subject to extensive human interference and industrial use including aggregate, cement and gas works as well as being used as a landfill site. Previously developed sites such as this are referred to as ‘brownfield sites’ which creates a picture of a landscape devoid of nature.

Whilst in some cases this may be true, perhaps for a disused storage facility which is entirely tarmacked, this is far from the reality on the Swanscombe Peninsula. Following the end of industrial activity across much of the peninsula, nature has rapidly reclaimed and recolonised the site, creating a great diversity of habitats and being home to an outstanding assemblage of species. Due to the rapid rate of development, the Swanscombe peninsula is now one of the last remaining of these important brownfield habitats in the Thames Estuary.