Reflections of a New Volunteer Recruit

Want to know what our volunteers get up to? Read Richard's reflections as a new volunteer and find out what you could be expected to get up to.

If it’s Tuesday then it’s time to put my old walking boots on and take myself off to our local open space called Queendown Warren.  It is now just over two years since September 2018 when, at a birthday party in the village of Hartlip, in conversation with a couple of existing Kent Wildlife Trust volunteers who suggested I could join them on their weekly visit to Queendown Warren.  As a retired person, I had plenty of time on my hands and always had a mild interest in the great outdoors and the natural world around me.  I had no particular knowledge of wildlife, plants or animals, however, this would not matter.  I imagined that spending a day chopping up trees might soon lose its appeal but I was ready and willing to get involved with something that was new, healthy and voluntary.  I turned up for the rendezvous on Tuesday at the due time in the car park, keen to join in the activities.

I was initially surprised to see there were about 20 people of all ages there.  A couple of younger ones were trainees or students who were to move on, eventually leaving the main core of the team members as people of more mature years.  It was the beginning of autumn and the tasks before us were coppicing of trees such as sweet chestnut and hazel and clearing of scrub undergrowth in Potters Wood. The wood adjoins the chalk grassy downland of the Warren together with the fields on the opposite side of the valley collectively forming Kent Wildlife Trust’s Queendown Warren Nature Reserve.

Having made it happily through my first couple of weeks, I became a regular in the team enjoying the physical activity, fresh air and humorous companionship of other volunteers and all this to be found on my own doorstep.  As time rolled on and the seasons changed so did the tasks.  More brush cutting and clearing out invasive species such as Norway Maple, making fence posts and fencing repairs kept us busy week after week in the wood or on the slopes of the Warren itself.  Finally, we entered the milder months of spring and summer when the gentler tasks of surveying vegetation, plants and butterflies are carried out.  Some volunteer members of the team really do know their daisies from their dandelions but are modest about it and are happy to share their knowledge. Not every task is popular though such as the dreaded pulling up of thistle and ragwort!  On the other hand, it is a great pleasure during a lunch break to watch the buzzards circling over the open landscape.

Before long it was September again. Twelve months had passed and I looked back over the year of 2018/19 realising how much I had learnt from such a mixed variety of people and having enjoyed it all immensely.  Nature’s perpetual annual cycle of wildlife was starting all over again and I stayed on with the team for 2020 - what a year that has been for us all but that’s perhaps another story. 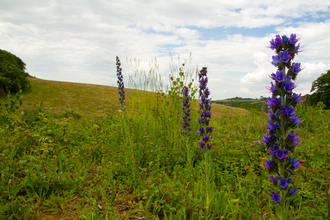 Help the fightback against Ash dieback 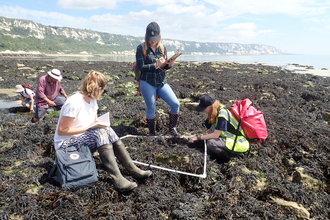 We couldn't do our work without our amazing volunteers. Find out how you can get involved too! 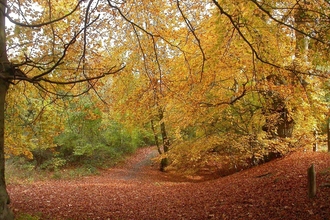 Read how some of our volunteers have continued volunteering throughout lockdown...

Margery Thomas explores the seasonal changes set to appear at Hothfield Heathlands in April, hopefully including the return of…