A stark reminder of what we have lost, but a symbol of hope for what can be achieved in the future.

One particular artist, Mark Anthony, from ATM Street Art, took it upon himself to paint this magnificent beast – the European bison. Mark was inspired by Kent Wildlife Trust and The Wildwood Trust's  Wilder Blean project, funded by players of People’s Postcode Lottery, where bison will be introduced to an ancient woodland in Kent.

Missing keystone species, particularly these ecosystem engineers, are key to creating a more biodiverse habitat thanks to their natural behaviours.

Bison can change woodlands in a way that no other animal can, they eat bark and create dust baths which each have benefits for many plants and animals, these are functions that have been missing from our UK woodlands for thousands of years and bringing them back can help restore an abundance of wildlife. This is the perfect example of a Nature-based Solution.

Mark chose to paint a European bison for the London Mural Festival as it was an ideal opportunity to showcase the idea of wilding to a new audience, something the team at Kent Wildlife Trust and Wildwood Trust have been working hard toward too. Mark’s artwork highlights the need for more wild spaces in the UK and will hopefully inspire support from the public.

“I was inspired by Kent Wildlife Trust's Wilder Blean project, which will reintroduce bison into a woodland in Kent and so few people are aware of what rich ecosystems this island once supported, with bears, lynx, wolves and bison at large. Our landscape is so impoverished and a sad shadow of the abundance it once sustained."

"Reintroducing once-extinct species is one of the most exciting developments of recent years. It has already happened with the European beaver, returned to Britain after an absence of 400 years. These creatures, like bison, have a dramatic effect on the landscapes they inhabit, creating new habitats and ecological niches for myriad other species with their activities. For this reason, they are known as ecosystem engineers."

“Painting a bison on a street in North London will act as a stark reminder of what we have lost, but also as a symbol of hope for what can be achieved in the future for a richer, more abundant and biodiverse country.”

“Having such a well-regarded artist like Mark Anthony bringing this fantastic image of a bison right into the heart of London echoes our reasoning for this project perfectly.

"Wildlife is essential for all of us and not just in far-flung places, it needs to be connected and integrated into the places where people live and bringing European bison into the South East is a step towards achieving just that. Perhaps a painting of a bison is as close as we could get to that animal in London but it’s a reminder that all sorts of wildlife used to live in these areas and with a concerted effort perhaps many of them can once again be central to our lives.”

“Mark Anthony has brought to life the spirit of the bison with this mural. Bison are not only extraordinary, charismatic creatures but they also play a huge role in boosting ecosystems and reversing biodiversity decline. Through the medium of art, the people of London can connect with this fantastic species and imagine a wilder landscape.”

To find out more about the Wilder Blean project and ways you can and get involved click here. 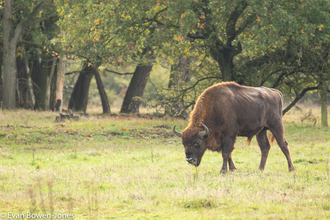 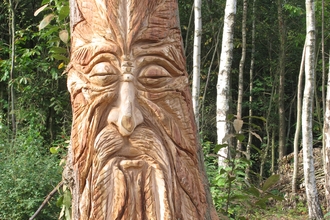 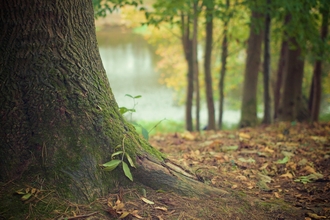 Nature Based Solutions - more than trees and not just carbon

Nature Based Solutions are potentially a game-changer for wildlife conservation. What does this entail? Read on to find out.